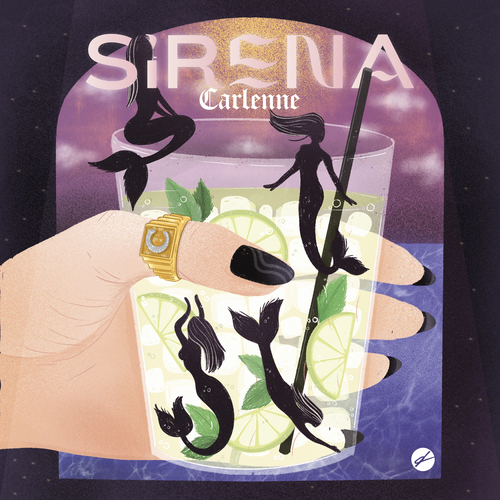 Sirena, the new single by Carlenne

She is only 22 years old and has already become one of the iconic artists of urban music in Sabadell, where she has been raised and nurtured as a performer. She is Carlenne, a singer who since she was 17 years old was already rapping doing freestyle until she found her passion in creating songs, and she did not waste a single minute to enter the world of urban music with her own songs. .

In 2018 she opened her YouTube channel and that was when she met Aubor, her current DJ and producer with whom she presented her debut album: ‘Cuenta Quantum The Mixtape’.

Urban style with influences from flamenco, Hip Hop and electronics, among others, which have undoubtedly led it to have its own essence and a very marked personality. Now, she takes a leap in her career signing for the Delirics label, where she launches to present a new facet as Carlenne.

The artist from Sabadell has already published several dance songs. She kicked off with ‘BCN’, her first single in Catalan, which talks about desire for a person and inviting her to her comfort zone, in this case, her reference city: Barcelona. Next, ‘They don’t tell me’, a song that talks about herself as an independent girl who relates to her people.

Her new single is ‘Sirena’, a song where we can see her versatility for mixing styles as disparate as urban, pop, flamenco or rumba. A summer theme, about the heat, the desire to party, the beach, mojitos and friends… As always, Carlenne prioritizes her independence and brings a strong message: she doesn’t need romance to have a good time, on the contrary, she gives value to friendship and to empower her friends in all her subjects.