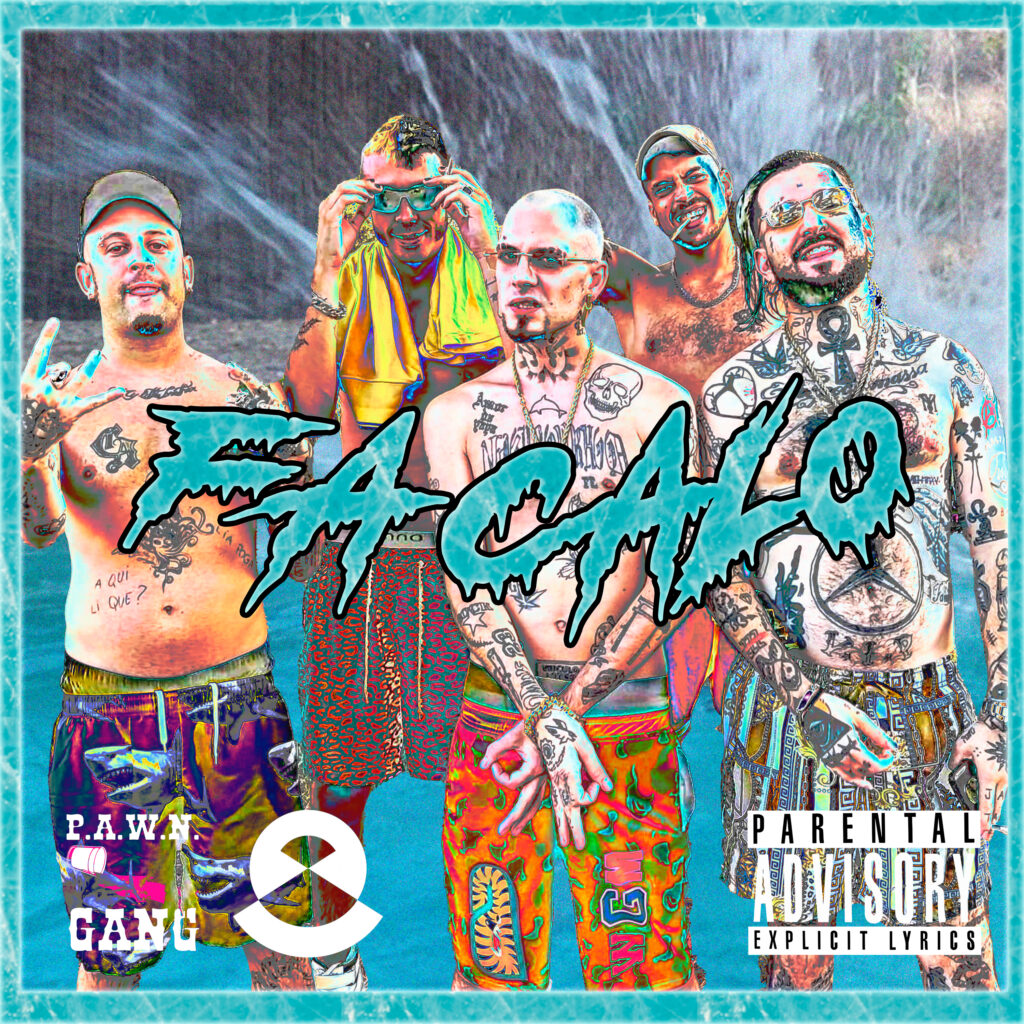 P.A.W.N GANG, Pretty Ass White Niggas Gang, is the source of inspiration for a whole generation of street style artists and groups. 2011 was their birth year and since then, they have already become a musical and cultural phenomenon of an entire country!

After presenting ‘Oli d’Uliba’ last year and some singles that led them to achieve great numbers and return to their pure essence, they published a new mixtape: ‘RESPAWN’, last April. An album that has marked a before and after in the musical career of Catalan artists, who have been dedicated to music for ten years and who created this group, which is now part of an entire generation. As the word says, it is the rebirth of the P.A.W.N GANG.

Now, to end the summer, they present ‘Fa calo’, a fresh song where they mix Trap and Hardcore for the first time in one song, produced by Iced Coffeeboy.

In this single, Yung Mare, Lil Guiu and Good Jan sing, and it refers to the unbearable heat that is always in summer, and that still accompanies us today. Mixing the classic style of the origins of the P.A.W.N GANG -the melodic Trap of 2013-2014- with Hardcore and Hardstyle to finish the song, they give it a twist that revives the theme, thanks also to the production of Iced Coffeeboy.
A risky mix that although the P.A.W.N GANG was already doing in live concerts, had never happened in a single, and that leaves us wanting more whiplash!