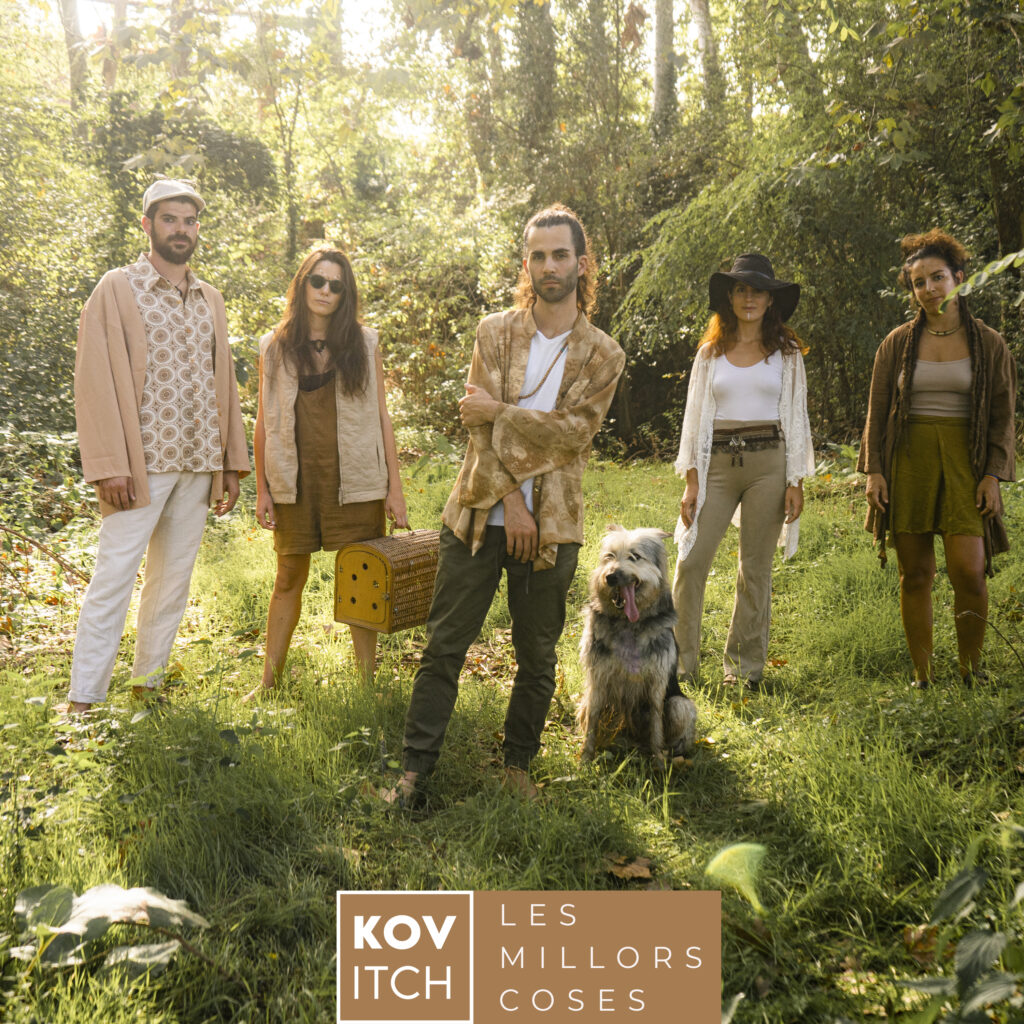 Kovitch is a singer and lyricist from Vallés Occidental (Barcelona). He started writing rap lyrics in 2007, when he was only 14 years old, and since then he has founded several formations, in the form of a band of musicians or with a DJ, with which he has published numerous references. The most recent is a five-song EP called ‘Flâneur’ (2021), which he has been presenting live, achieving several ‘sold outs’. The rapper has already accumulated more than 160,000 views on music platforms, and in fact, with ‘Ma Danse’ he was a semifinalist at the ‘MIN 2021’ awards. The rapper’s style picks up the heritage of the most melodic Hip Hop and R&B, drinking from the North American, national and French scene. His lyrics, which mix Catalan, Spanish and French, are demanding, with personal values ​​and experiences. As a member of Homes Llúdriga, a now-disbanded formation, they published several works that led them to perform in renowned venues and moving around the Catalan countries in all kinds of events. They participated in the viral macro-collaboration ‘Los Borbones son thieves’ and played on ‘Les de l’Hoquei’ (Netflix).

MC del Vallés has collaborated with artists such as Valtonyc, Lágrimas de Sangre, Sombra Alor, DJ Plan B (LCDM) or Erick Hervé, among many others. He was one of the promoters of the first rap compilation in Catalan, ‘Rap de la Terra Vol.1’ (2018), and has performed a good handful of concerts to date.

Now, after a year in silence, Kovitch reappears with the first single from an album that is coming very soon. He begins a new stage with the Delirics label, and presents ‘Les millors coses’, a song that includes a simple message, about doing things that fill you up without looking for too much explanation. He vindicates the fact of being honest with oneself and is committed to acting based on one’s own values. The song honors the title of the album, ‘Simplifica’, which invites you to be clear about what is important to you and to allocate your energy.

The instrumental is produced by Yaron Hurter and Pau Escutia, with guitar arrangements by UnderResistanz. Yaron and Pau have been in charge of mixing the song and Mad of the master. The video clip is directed, filmed and edited by Pol Fuentes. Original idea, artistic direction and production by Mireia Pérez.